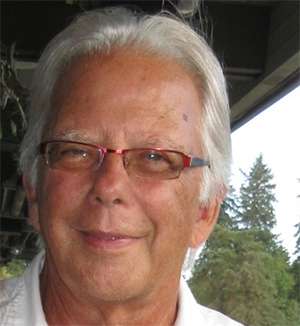 Allan Maynard was a Charter student of Simon Fraser University. He received a BSc in Biochemistry in 1971 followed by his Master of Science degree (Biological Sciences) in 1972. He then developed his career in the emerging field of environmental science first working as a consultant and later as an analytical chemist.

In 1982 he co-founded a successful and award winning international environmental laboratory business – ASL Analytical Laboratories (now known as ALS Global). It was known as one of Canada’s largest and most widely respected laboratories in Canada and also had branches in South America and SE Asia. His company specialized in carrying out environmental analytical chemistry in support of projects such as environmental impact studies, contaminated sites projects, food safety and drinking water programs.

ALS Global acquired this successful company in 2001 and Mr. Maynard retired from this business in 2004. He then became the executive director of CCIL (Canadian Council of Independent Laboratories) for the next 8 years.

Mr. Maynard has had a long association with SFU. His firm was one of the first to bring on co-op students – just as this innovative program was being developed. He received the Simon Fraser University Outstanding Alumni Award for Professional Achievement in 1995. Allan also was on the SFU Alumni Association Board of Directors for several years, including serving as its President. He also served on the President Search committee in 2009.